One of the main mechanics of The Sojourn involves traversing through two parallel worlds; a normal, light one and a shadow version of it. 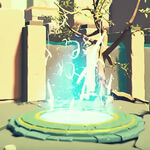 One can enter the shadow world temporarily by stepping into the flame, but movement drains the energy provided by it. 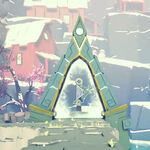 Passing through a shadow gate allows persistent stay, until another shadow gate is passed through. 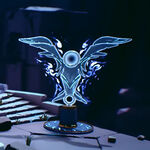 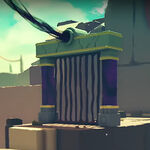 Statues can be awakened while in the shadow world and can be used to swap places with. They also play a role in opening barred gates by placing them onto a platform that then opens the gate. 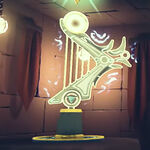 Harps can be used to rebuild broken bridges temporarily. The effect lasts as long as the music plays. 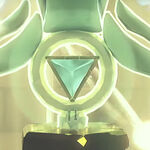 The relic can be used to activate statues and harps to enable them even while in the light world.

Retrieved from "https://thesojourn.fandom.com/wiki/Game_Mechanics?oldid=159"
Community content is available under CC-BY-SA unless otherwise noted.